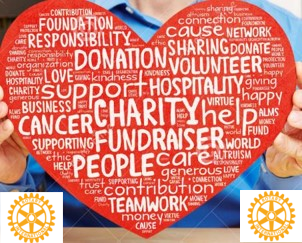 Yesterday club meeting decided to support the treatment of Agata Klaudia Kopeć, with 5.000 PLN, who suffer from SMA.

SMA Spinal Muscular Atrophy, a neuromuscular disease with genetic. SMA die neurons in the spinal cord responsible for muscle function, as a result, muscles of the body weaken and gradually fades.

Traditionally, the disease is classified into four types, or the form depending on the stage of development of the musculoskeletal apparatus, where it has been observed, and so indirectly from the age. In infants and young children the first symptoms usually appear suddenly, and the patient’s condition is deteriorating rapidly. The rapid loss of limb muscles are, trunk, lungs and esophagus, which usually leads to respiratory failure and loss of swallowing. SMA is the most common genetic cause of death according to infants and young children.

In older patients, the disease usually grieving. However, always sick gradually weakens and loses the ability to move around.

Proper care can significantly slow down the progression of the disease.

Feeling and touch are not impaired in SMA, and the development of the cognitive and emotional runs normally. Children with SMA are usually intelligent, cheerful and derive great joy from life.

SMA develops as a result of genetic defect (mutation) in the gene responsible for encoding the SMN-special protein necessary for the functioning of the motor neurons. This mutation is in Poland, one in 35-40 people. If both parents are carriers of this defect, there is a 25% risk that their child will have SMA.

The prevalence of SMA in Poland is not known. The frequency of mutations claimed that at some point of life for SMA gets sick one in 5000-7000 people, which would give the prevalence of row 1:10000 in the population. The latest figures are based on data from genetic laboratories indicate a lower incidence of the disease: ok. 400-800 people in Poland.

“I cannot teach anybody anything. I can only make them think”

This website uses cookies to improve your experience while you navigate through the website. Out of these, the cookies that are categorized as necessary are stored on your browser as they are essential for the working of basic functionalities of the website. We also use third-party cookies that help us analyze and understand how you use this website. These cookies will be stored in your browser only with your consent. You also have the option to opt-out of these cookies. But opting out of some of these cookies may affect your browsing experience.
Necessary Always Enabled
Necessary cookies are absolutely essential for the website to function properly. This category only includes cookies that ensures basic functionalities and security features of the website. These cookies do not store any personal information.
Non-necessary
Any cookies that may not be particularly necessary for the website to function and is used specifically to collect user personal data via analytics, ads, other embedded contents are termed as non-necessary cookies. It is mandatory to procure user consent prior to running these cookies on your website.
SAVE & ACCEPT
Posting....