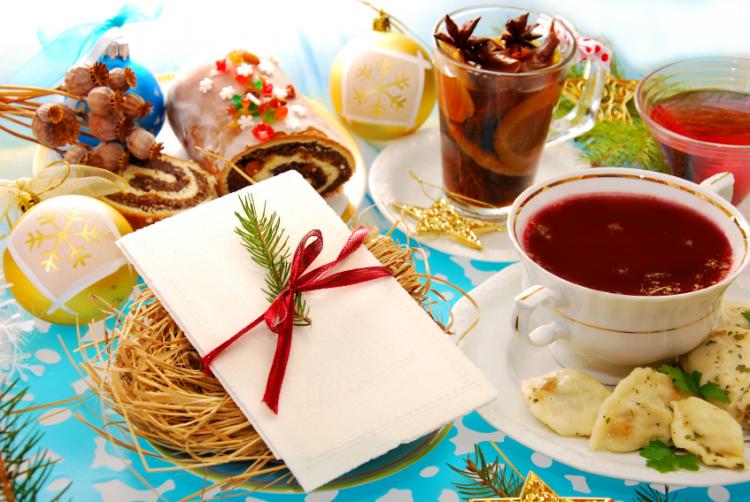 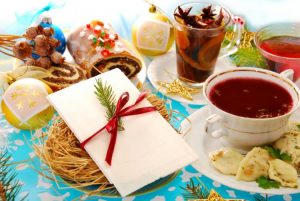 For Poles, Christmas Eve is a time of family gathering and reconciliation. It’s also a night of magic: Animals are said to talk in a human voice and people have the power to tell the future. The belief was born with our ancestors who claimed that Dec. 24 was a day to mark the beginning of a new era. It was bolstered by sayings such as, “As goes Christmas Eve, goes the year.” Hoping for a good 12 months, everyone was polite and generous to one another and forgave past grievances.
Today, few treat the old traditions seriously, but some survive as family fun. “Maidens” interested in their marital future and older people, who try to predict next year’s weather based on the sky’s aura between Christmas Eve and Twelfth Night (Jan. 6), sometimes cling to past superstitions.
Polish rural residents are among the few who still keep up the old Christmas Eve customs. In eastern Poland it is still believed that girls who grind poppy seed on Christmas Eve can hope for a quick marriage. After dinner, they leave the house, and the direction of the first dog bark points to where their future husband will come from. Another fortune-telling trick is eavesdropping on the neighbors. If in a casual conversation, the girl hears the word “Go” it means she will get married in the coming year. A loud “Sit” announces long-lasting maidenhood.
When going to Christmas Eve midnight mass, girls would blindfold each other and touch fence pickets. A straight and smooth picket would portend a resourceful husband, while a crooked and rough one was an indication of a clumsy and awkward spouse. If a maiden wanted to learn about her future fiance’s profession, she would go to a river, dip her hand in the water and pull out the first thing she touched. Wood meant a carpenter, iron-a blacksmith, leather-a shoemaker, etc. Before going to bed, she’d wash her face with water without drying it. She would hang the towel on the footboard of her bed. The boy who passed her the towel in her dream was to become her husband.
Weather-forecasting superstitions were also popular. It was believed that if Christmas sees no snow, Easter certainly will-or more artfully, “If the Christmas tree sinks in water, the egg rolls on ice.” Other sayings include, “A sunny Christmas Eve brings fair weather all year round”; “Stars that shine bright on Christmas Eve will make hens lay plenty of eggs”; “A shine on the birth of our Savior will be seen all throughout January.”
From the small hours on Dec. 24, women were found cleaning and sweeping the entire house. An ancient belief had it that forces of evil would dwell in all things left dirty on that day. If the first person to enter a house on Christmas Eve was a woman, it was a bad omen, meaning that only heifers would be born in the farm in the coming year. It was a good sign when a man was the first to cross the threshold of the house.
At the Christmas Eve supper, each dish had to be sampled, and a traditional meal would consist of 12 dishes. The more you ate, the more pleasure would await you in the future. The more daring diners would pull out blades of straw from underneath the table cloth. A green one foretold marriage; a withered one-waiting; a yellow one-spinsterhood; a very short one-an early grave.
In pre-electricity times, after the last supper dish (which was kutia, a mix of soaked wheat, raisins, nuts, honey and spices) candles were blown out and the direction of the smoke was observed. If it moved toward the window-the harvest would be good, toward the door-a family member would die, toward the stove-a marriage.
Until recently, harvest fortune-telling was very popular in the countryside. After supper, the host would go out to the garden, carrying dried fruit. He would throw it on the trees, shouting “Apples, pears, plums, cherries, and all the leaves in the neighbor’s yard.” He would take a handful of straw and twist it into a rope. Grabbing an ax with other hand, he would approach a tree and threaten it by saying, “I’ll cut you down!” His wife would cry, “Don’t cut it, it will bear fruit!” Then she would tie the straw rope around the tree. This bizarre little pantomime apparently brought a good harvest.
Today, few people are familiar with Christmas Eve fortune telling, especially urban dwellers. Yet some old traditions can still be found among village people who tend to lead a more old-fashioned lifestyle, closely connected to nature and its cycles of death and rebirth.

This website uses cookies to improve your experience while you navigate through the website. Out of these, the cookies that are categorized as necessary are stored on your browser as they are essential for the working of basic functionalities of the website. We also use third-party cookies that help us analyze and understand how you use this website. These cookies will be stored in your browser only with your consent. You also have the option to opt-out of these cookies. But opting out of some of these cookies may affect your browsing experience.
Necessary Always Enabled

Any cookies that may not be particularly necessary for the website to function and is used specifically to collect user personal data via analytics, ads, other embedded contents are termed as non-necessary cookies. It is mandatory to procure user consent prior to running these cookies on your website.